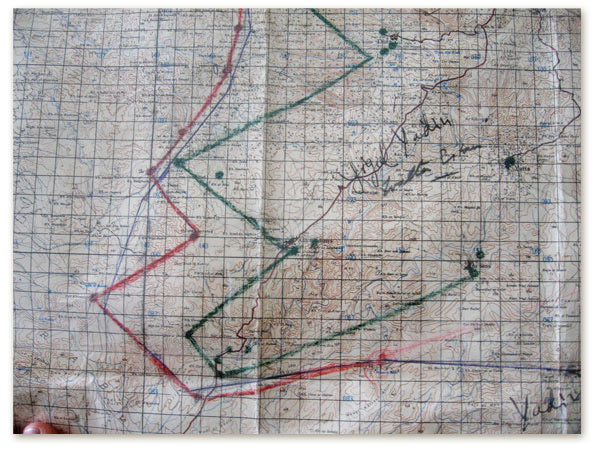 The "Green Line":  a section of the map of the Armistice Lines with Jordan with handwritten notations, part of a
secret agreement with King Abdallah, 23 March 1949. Courtesy of the Israel State Archives.